Marvel boss Kevin Feige has opened up about how they select which characters get a solo movie or TV sequence.

He stated it isn’t a easy rationalization as Disney+ continues to be a comparatively new platform so they’re solely simply scratching the floor relating to giving sure characters their very own spin-off sequence.

He informed Rotten Tomatoes that the present MCU section 4 is “nonetheless the end result of labor of 5 or 6 years”, so this stuff take time.

“Numerous selecting what characters – what tales – grow to be a function movie first [or] what turns into a Disney+ sequence… It is nonetheless frankly early days for that. So we’re nonetheless having these discussions,” he stated.

He admitted bosses did not actually see the alternatives given to them to provide exhibits with Disney+ coming, and it has opened up doorways for characters they hadn’t had the prospect to discover prior to now.

He defined: “When Bob Iger informed us about Disney+ and about his need for us to provide exhibits for Disney+, it gave us a brand new avenue, frankly, to do one thing we hadn’t been contemplating earlier than, which was: doing a deep-dive on characters who deserve a deep dive however hadn’t had the prospect but.” 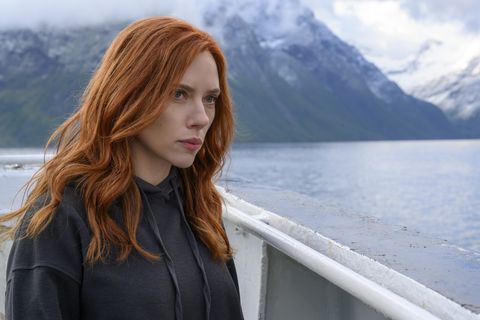 Feige additionally defined that they do hearken to audiences and stated there have been sure characters that solely had a couple of minutes of display time, however who the audiences fell in love with – for this he references characters in WandaVision and and Falcon and the Winter Soldier.

It looks like followers can be getting way more from Marvel by way of TV exhibits going ahead with plenty of deep dives into much-loved characters – however who’s subsequent?

How one can get new Amazon TV Hearth Stick 2021

There's a Beautiful Resort Opening on a Working Farm and…